Would you like to go sightseeing in one of the most beautiful cities,
while receiving dental treatment?

At the dental clinic Maria Jose Vaca Zea has the latest technology, the best professionals and a personal treatment to feel comfortable and relaxed.

We have competitive prices so you can solve or improve the functionality and aesthetics of your teeth while enjoying a unique city, comes from history and culture.

Where you can enjoy its gastronomy, good weather and offers of leisure and physical activities.

Contact us and we will inform you of all our treatments and the services we can offer you to make your stay in the city a success.

The City of Granada

Granada is a host of tourism, due to its millenary history, monuments and the vicinity of the ski resort of Sierra Nevada, as well as the historic area known as the Alpujarra and also the part of the coast of Granada known as Costa Tropical. Among its historical constructions, the Alhambra is one of the most important monuments of the country, declared patrimony of the humanity by Unesco in 1984, next to the garden of the Generalife and the Albaicín. Its cathedral is considered to be the first Renaissance church in Spain.

Granada's cultural offerings include a score of museums, including the Granada Science Park and the Granada Museum of Fine Arts, considered to be the oldest provincial art gallery in the country. In addition, the city is home to the Manuel de Falla archive and the Federico García Lorca Centre.

The University of Granada is one of the most important in Spain and was founded in 1531, one of the universities with the most history of the world.

To the south of the city is the Health Sciences Technology Park, a complex that, in addition to hosting the largest hospital in the province, also gathers research centers, university faculties and industry in the area of biomedical research.

On the other hand, Granada's geographical location is ideal for practicing all kinds of sports. In less than an hour the city has a Ski resort, a multitude of sports centers, natural places for hiking, cycling, climbing, etc.; But it also has a coast, with several marinas. 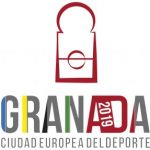 As for public transport, the municipality has a light metro system, the Metropolitan of Granada, which crosses the city in a transversal way and connects it with the main municipalities of its surroundings with an international airport.

The dental clinic Maria Jose Vaca Zea is an innovative dental center specializing in dental implants. It is equipped with the latest technologies such as:

All coordinated by a large team of physicians with extensive specialized training, clinic auxiliaries and administrative staff, always committed to the patient's oral health.

You will enjoy a modern interior and a relaxed atmosphere where the patient feels comfortable.

Our staff has been trained in universities and specialized centers all over the world.

Among our international clients, we can cite patients from countries as diverse as the United Kingdom, Germany, the United States, China, Australia or Iceland.

All dental specialties are performed in a single center, without the need to resort to third parties, avoiding displacement and saving time for the patient: implantology, surgery, orthodontics, prosthesis, oral rehabilitation, periodontics, dentistry, ATM, Etc.

Among our treatments, we recommend the following for those patients who want to enjoy the city of Granada while enjoying a clinical stay with a value for money without comparison.

We understand that our potential patients need prior knowledge of the city, our clinic and of course their treatment.

Therefore, and thanks to the new technologies we can study your case in advance so that you can assess our proposal without any commitment. For this we offer completely free of charge:

Possibly the best value for money in the market

How to get there

Transfer to the airport

Purchase tickets for the National Monument of the Alhambra

If you want more information or request an appointment, fill in the following form

We use cookies to ensure that we give you the best experience on our website. If you continue to use this site we will assume that you are happy with it.Ok